You may browse through the product lists, view built up models made from the kits that are on sale. See the photographs in the gallery of commission builds, some of them built from scratch as  special orders.

Use the buttons on the menu block at the top right hand side of the page.

All kits and accessories on the product lists are available by mail order.

For further information on Atlantic Models products please go to the Atlantic Models Facebook pages for the product lists and availabilities. Thank you for your support.

The Stash Clearance section has now been activated and kits have been added at reduced prices to clear. These are one off items only. I am not going into general kit sales. Once these have gone that is it.

The second hand section of the stash clearance relates to kits that have been used for photo etch designing and have been partially assembled to get dimensions correct. They are complete and can be built up into a full model as normally would be.

Kits in the new section, are just that. The boxes may have been opened but where the parts are sealed in plastic bags inside, they remain intact. These are on offer at a discounted price that is based on a relative retail price.

And yes, there are aircraft as well as ships!!! :D

Hello everyone, I am Peter Hall, owner of Atlantic Models. I am endevouring to provide a service to ship modellers who build static models in the smaller scales, from 1/200 and below.   This will include a range of model kits,  photo etched detail sets and accessory sets. Also resin and metal parts and accessories to add to and enhance existing model kits from other manufacturers.

Atlantic Models was established in 1996 as a small, one person, cottage industry, after venturing into the design and development of photo etched details and accessories for model ships and aircraft.     Initially concentrating on British warships in 1/350 scale, the design range soon came to include complete kits of ships that were produced in resin and metal. I will continue to add to the range at regular intervals.

After a long association with White Ensign Models, for whom I still design and produce accessories and photo-etched detail sets,    I am now working up Atlantic Models to continue producing a stand alone range of products for ship and possibly aircraft modellers. Initially the focus was on the Post WW2 and Cold War era, and still is the main aim. Having aquired the White Ensign Models range of kits  in June 2016, the additional ranges have been added that will also provide kits from earlier eras such as WW2 and the 1920s and 30s. These ranges will also be expanded with new kits as the opportunities arise.

Links to Other Related Websites

White Ensign Models is now back up and running again under the new ownership of Mr Richard Harden, of Tom's Modelworks in the USA. Richard has got most of the original WEM Photo-Etch product available and I am working with him to bring out new detail sets to add to the range.    Click the Link above to go to the new store.

Our good friend Mike McCabe from Fine Waterline has started a new venture with a webstore, selling mainstream and specialised ship modelling accessories, which is including his own photo-etched sets.

manufacturers. Go to Starling Models through the Link above.

Master Model make fine accessories such as turned brass gun barrels, masts and spars, and aircraft parts, in most scales and are now supplying Atlantic Models with specific turned brass parts for the ship kits on sale here. 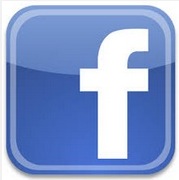 Click the Link above to go to the Atlantic Models Facebook site. This gives all the latest news and updates on upcoming products. The are also galleries to look at and customers can give input as well.

If you need to finish your models in the correct authentic colours, click on the Link above and go to Sovereign Hobbies. The original White Ensign Models Colourcoats paint ranges have been re-established under the supervision of Jamie Duff. Go pay him a visit online. He also stocks a range of WEM photo-etched detail sets.